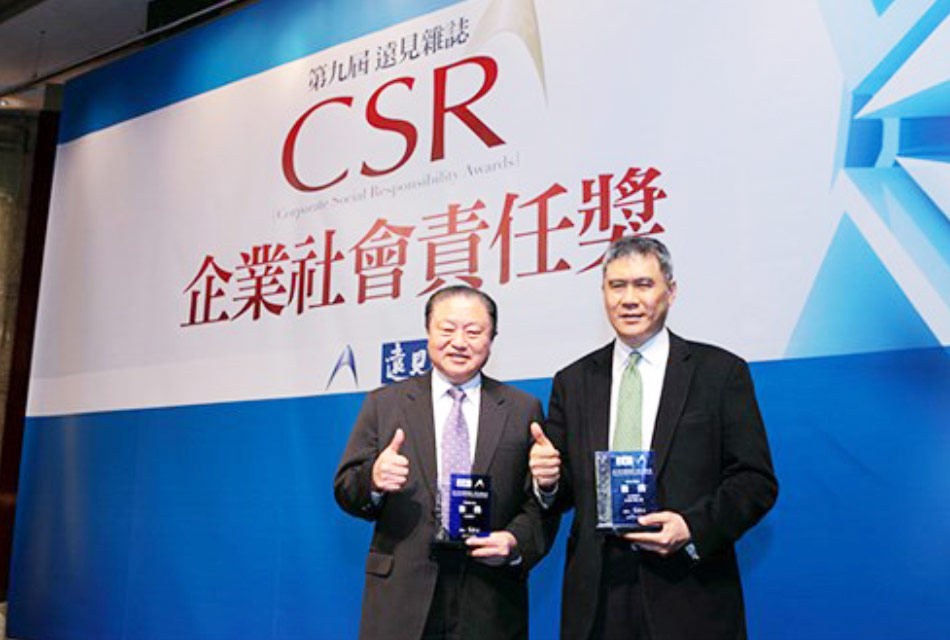 Delta Electronics, Inc. received first place in both the Overall Performance Category and the Environmental Protection Category at Global Views Monthly Magazine’s 9th Corporate Social Responsibility (CSR) Awards today. Delta is the first corporation to win first place for two categories simultaneously. This was also the third consecutive year that Delta was selected for the first place award since the company made the magazine’s CSR honor roll in 2010.

Delta Group founder and honorary chairman Bruce Cheng emphasized that as a corporate citizen, Delta has always been concerned with environmental protection. Since the beginning, the company has endeavored to fulfill its management philosophy of “Care for the Environment, Energy Saving and Our Green Earth” while committing to the development of energy-saving products and solutions that help improve life for all mankind. Between 2010 and 2012, Delta’s energy-saving products have saved as much as 9.1 billion kWh of power, which is equivalent to the reduction of 4.9 million tons of carbon dioxide emissions. In addition, Delta saved a total of 10 million kWh of power at five green-accredited plants and offices around the world in 2012. Among these plants, Delta’s latest R&D Center in Taoyuan has received LEED accreditation and has fully integrated Delta’s energy management solutions across all facilities to achieve 53% energy-saving efficiency.

Delta’s Chairman Yancey Hai also commented, “Delta came in first place in the Environmental Protection Category with our Ring of Celestial Bliss, the first architectural project in Taiwan to pass a carbon audit. The architecture not only emits approximately 80% less carbon compared to conventional reinforced concrete buildings, but all materials used in its construction can be recycled and reused. During the 2013 Taiwan Lantern Festival, the Ring of Celestial Bliss featured Delta’s visual and LED illumination solutions to project two stories: “Sun and Moon” and “Four Seasons” that narrated the origins of the universe, the development of civilization, climate change and the beauty of Taiwan. The two featured projections were our way of reminding the 12 million visitors to reflect upon the crises that progress has brought to mankind and to become more active in environmental protection and energy conservation.”

Global Views Monthly Magazine selects candidate corporations for its “Corporate Social Responsibility Award” based on survey results of their CSR efforts in six different categories: Occupational Health, Community Care, Environmental Protection, Education Promotion, Charity Promotion and Overall Performance. The awards acknowledge and introduce exemplar corporations that have fulfilled their social responsibilities and have a positive influence on the public. A total of 92 corporations and 144 creative solutions were chosen for this year’s CSR Awards.