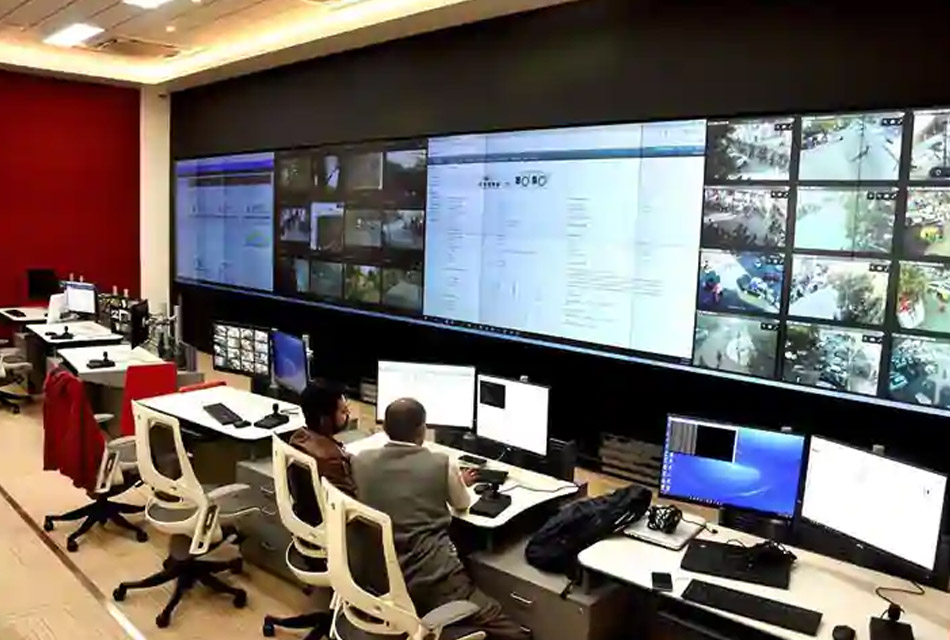 Delta, a pioneer in display solutions, installed a state-of-the-art video wall solution for the Smart City project in Jaipur, Rajasthan to monitor various operations for city wide management. The Jaipur Network Operating Centre (NOC) is an initiative of the Jaipur Development Authority (JDA) which will enable JDA officials to keep a check on all the activities in the city on one large screen. Equipped with Delta’s Full HD Video wall, the NOC integrates all recently developed digital infrastructure such as intelligent kiosks, wireless broadband, sensor-based dust bins, smart streetlights, parking and app, among others.

“The city is set to become the most tech-savvy one in the country. All the feeds coming from various sources are integrated under the Network Operating Centre. Delta’s Video walls at the centre would assist JDA officials manage the city with greater efficiency and effectiveness,” said Mr. Vaibhav Galriya, Commissioner, JDA.

JDA, the nodal agency of the government of Rajasthan, has been assigned with the task of transforming the city into a smart hub that would ensure 24/7 surveillance and facilitate on-line access to wide-ranging information about the city at the click of a button.

“A state-of-the-art Network Operating Centre (NOC) has been established inside the JDA office. A 35ft wide video wall and fully integrated software application provides easy-to-use and highly flexible management tools for multi-site monitoring from the control centre. It enables the operator to survey infringements such as zone intrusions, lifting of objects at monuments, and line crossings, by sending alarms and pop-ups on a regular basis,” explained Mr. Devesh Gupta, Assistant Engineer, JDA.

With the inauguration of JDA’s NOC, the Pink City, Jaipur becomes the first in the country and in South Asia to monitor and operate smart city infrastructure using a single network. The government has developed the NOC at the JDA headquarters. The facility is equipped with Delta’s state-of-the-art video wall and was inaugurated by the Chief Minister of Rajasthan, Ms. Vasundhara Raje.

About Jaipur Development Authority (JDA)
JDA is a body constituted under Jaipur Development Authority Act 1982 (Act. 25) as a statutory vehicle to implement the urban development of Jaipur as envisaged by the Department of Urban Development and Housing, Government of Rajasthan. JDA is charged and empowered to create basic infrastructure to meet the needs of the ever-increasing population and also for the required expansion of the city ensuring sustainable and orderly growth supported with effective monitoring and regulation through innovative and citizen participatory approach.